Following an outbreak of Low Pathogenic Avian Influenza (LPAI) in the Shenandoah Valley during 2002, Virginia Poultry Federation worked with local, state, and federal government agencies to form the Virginia Poultry Disease Task Force (VPDTF). The VPDTF developed a prevention and rapid response plan for LPAI in Virginia, which contains biosecurity and AI surveillance protocols for commercial flocks and procedures to follow in the event of an outbreak. Following the 2002 LPAI outbreak, the USDA Animal and Plant Health Inspection Service (APHIS) developed federal regulations establishing a national LPAI program, and Virginia's response plan became somewhat of a model for state plans that have been adopted across the county. The VPDTF, which consists of poultry industry and relevant government agency representatives, such as the Virginia State Veterinarian and APHIS veterinary officials, meets at least quarterly to review and update Virginia's plan. VPDTF also periodically conducts tabletop exercises to test the effectiveness of our plan. 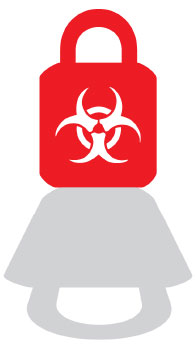 BIOSECURITY IS YOUR RESPONSIBILITY!!!

Whether you are a grower, a service person, or an allied vendor, practicing strict biosecurity is critical to prevent the spread of poultry disease.

Think before you act!

Virginia Poultry Federation encourages backyard bird owners to practice biosecurity at all times in accordance with USDA's Biosecurity for the Birds website.